Quick Links
< Back to the Webcast Library

In recent years, Lean Six Sigma deployments have shown a surge of interest and investment in new training technologies. Although online training, or e-Learning, can deliver cost savings, flexible scheduling, and standardized content, organizations still struggle with how and whether they can make the conversion from a traditional classroom model to a training model with e-Learning components.

This roundtable Webcast describes how e-Learning was built into two very different international Lean Six Sigma programs, the service-based environment of Quest Diagnostics and the manufacturing-based environment Textron. Bill Hathaway rounds out the discussion by addressing the technical and operational concerns that companies have as they consider and commit to e-Learning.

In this session, the following key points will be covered: 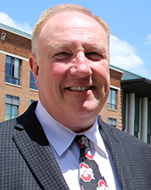 Doug Evans is the director of Lean Six Sigma training at Quest Diagnostics and also worked as a senior consultant at George Group and Corning. 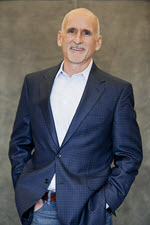 Prior to founding MoreSteam in 2000, Bill spent 13 years in manufacturing, quality and operations management. After 10 years at Ford Motor Co., Hathaway then held executive level operations positions with Raytheon at Amana Home Appliances, and with Mansfield Plumbing Products.

Bill earned an undergraduate finance degree from the University of Notre Dame and graduate degree in business finance and operations from Northwestern University's Kellogg Graduate School of Management. He continues to serve as MoreSteam's president and is a frequent speaker on process improvement.

Get our monthly newsletter