A-3 Thinking and Non-Thinking

A story of form killing function

I recently visited a company that has been actively implementing a lean management system in its IT department. There were visible huddle boards with key metrics and defined “sprints” or periods of work, with task tracking and documented problem solving. Problem‐solving activities were represented by A3 forms displayed on the wall. My host explained that they liked the tangible quality of printing out A3 forms and physically posting them so that they were easily visible to all. That sounds like a useful approach. I was interested, so I took a closer look. 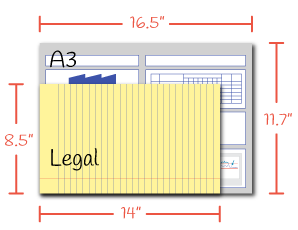 The A3s in question were printed on legal paper, which is 8.5 x 14 inches, much smaller than true A3 paper, which is 11.7 x 16.5 inches. The reason is simple: most printers can't handle A3 paper. Now here's the problem: on legal paper, the A3s were illegible. The charts and graphs had been shrunken to fit the space. They would have been really tough to read even on bigger A3 paper, but were downright impossible to make out on the smaller legal paper with 38% less area.

It's more than a little ironic, isn't it? The company adopted a problem‐solving method to encourage clear scientific thinking and simple, succinct communication. All good so far. But then the company exercised muddled thinking in squishing charts and graphs into a too‐small space that nobody could actually read. It would have been no less useful to print the A3s on a postage stamp. The actions to drive implementation of a lean management system were all sincere and well‐intentioned, but they fell apart when real critical thinking was required. Sound familiar?

The original purpose behind the A3 (originated at Toyota) was to solve problems systematically using scientific thinking. The method imbedded in the A3 format is a guiding sequence of actions coupled with space limitations that force the discipline of succinctness and careful editing.

I can attest from personal experience that space limitations can force the effort needed to write and rewrite for clarity. As a young commercial loan officer, I had to contend with a one‐page limit on write‐ups. It was painful, but ultimately very useful. I would have liked an option of using a 6 point font in order to squeeze in more words, but that was wisely not allowed. I had to do the hard work of editing and re‐editing, and it was good practice. So I understand how and why the A3 format is used to force clarity of writing (and thinking)…but I wonder whether a tool designed in the pencil and paper era might not be overdue for some adaptation. 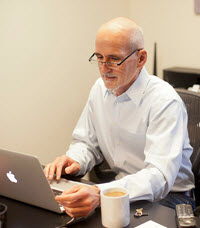 For starters, is the format of a certain size of paper really all that relevant? Almost all of us communicate electronically. Teams are geographically dispersed, so paper‐based reports don't make much sense, not to mention that printers can't print A3s. And nobody that I know does meaningful work with a pencil. Then there's the screen on my 13 inch laptop, which is approximately 7 x 11 – less than a standard sheet of paper, and far smaller than an A3. We also have more data than ever, and excellent software to create meaningful charts and graphs to visualize those data. And what about control charts (process behavior or SPC charts)? How do you even fit a proper, meaningful control chart onto an A3 along with the other required information? What would be the point of shrinking a control chart just to fit that space?

I wouldn't argue that we should abandon brevity and the discipline that it brings to critical thinking, but the form is undermining the function. It's becoming a straightjacket on sound visual analysis of data, and pushing people to do nonsensical things to fit charts and graphs into the form — the exact opposite of the original intent to promote clear thinking. If we are going to trust people to solve important problems, I think we should trust them to employ a little latitude in how they communicate their work. At a minimum, we should encourage experimentation to find better methods. Isn't that the original and continuing objective?